I have a Sunsetter awning which uses a Somfy remote, that I am trying to get to work with my Bond. It appears that Somfy uses an RTS protocol that has “rolling” codes. I have tried to add it as “Somfy Shades” and “Somfy Blinds” but to no avail. The programming button on the back of the remote does not make it “jog” so my guess is that it is slightly different than the shades or blinds setup

Bond, any chance of you adding a Somfy awning device? I would gladly help you with debugging this if you want to add it to your list of supported devices!

UPDATE: So I didn’t understand you were suppose to hold down the programming button. Once I did that I did get the “jog” to happen. Unfortunately the “open” and “close” commands are reversed. It would be great if we could get a new device setup with those two switched.

Had the same issue, holding the button until it jogs was the answer, glad you found that. I have Somfy shades and drapes. I wish Bond would have stated that in their directions, mine would not jog until after about 7 seconds at the limit of my patience ;->

As for the reversed open and closed, that is part of the setup procedure for the awning. Go to Somfy and they have excellent videos and step by step procedures on how to set up the operation, the lower, upper limits, the My position, and how to switch the open and close directions. I found the programming complicated, too complicated for me to relate here and really is best handled by the video on somfy regarding setup. Procedure involved mixing the programming button on the back, the open, close and my buttons. If all the limits are correct, the procedure for reversing the open and close directions is an easy subset and is common for all Somfy RTS devices.

I’ve just started looking at Somfy awnings, so glad to hear that Bond can manage them!

How happy are you guys w/your awnings, and which ones did you get.

We don’t want to mount on the house so we’re looking at the Oasis, or a custom install where we’d put up steel posts w/a beam between them, and mount two awnings back-to-back on the beam, so we’d have a free-standing double awning over the patio.

But would really like to hear how you feel about them after having them for a while! And if the Bond control is working well for you.

My Somfy devices are drapes and sheers, so I likely can not comment about the awnings.

If you asked me last week, all was well, and you will do well by using Bond. It behaved well handing 10-100 commands a day as issued by my SmartThings automation, closing when light sensors said it was too bright, or when the temperature was too low outside at night using the drapes as insulation, opening when the day is fresh and the sky was blue, or when the door behind it was sensed to be open so the drapes would move out of the way.

Alas this week we had some server problems (apparently Bond uses AWS) and after all was said and done, and with a fairly lengthy service ticket, my Bond cycled heavily, crashed, and other things, after a couple of days, blinking close commands out all night and waking us up, it eventually settled down. However it lost its pairing with all the drape and sheer motors as it exceeded some rolling counter in the RTS protocol and every attempt to retrain it resulted in failure.

Since my Bond is part of my SmartThings automation, and I have 100s of devices, and more than double that in automation scripts, I can not just do a factory reset and start over, because when the devices unregister and disappear, all the associated automations disappear and need to be reloaded. I am manually saving all my automations in a spread sheet as SmartThings does not have a save or restore backup function. So I also have to rewrite some of my automations to speak to virtual switches so that they hang around in preparation for the great reset so I can re-pair my Bond.

Lesson one is I might have been better off with a ‘local’ device like the Somfy ZIRTSI-II Z-Wave Bridge in the same price range that had no server-side dependency. As Bond development support matures, especially since they recently open sourced their protocol, they too can be a local device with carefully crafted built-in SmartThings Device Handler that does a Wifi connection inside my network to the Bond rather than bouncing off of AWS.

Another lesson I learned, I bought my Bond from a reputable eBay dealer with a high satisfaction count at only a few dollars cheaper than from Home Depot because I did not have to pay sales tax. The Warranty clearly states, but not apparent to me at the time of purchase, that Bond will not support or service devices bought from eBay or Amazon (and yet they use AWS for their services), so I got effectively abandoned in the middle of the service process and am now on my own. They suspect that part of the problem may be that my Bond’s wifi chip is from a problematic production run they had, and that replacement is the only option to truly fix it. That option is no longer available to me even though my device is only a few months old. This of course violates the Magnussen Moss Act (both the seller for not providing clear information that the warranty on a new product is void, and the manufacturer for requiring a tie-in provision), but for a $100 it just barely exceeds the lower price limit set up by the Magnussen Moss Act, certainly below the point to retain a lawyer, and may even be too much trouble for small claims court. So pray for me that it was not hardware, but in fact just a series of bad things that can all be fixed by a complete set of device resets (including the Somfy motors perhaps)

Sorry to hear about your problems…sounds like a perfect storm of bad things happening, a combined w/your eBay related issues.

I already have a Bond, long-term customers, and evidently the AWS issue didn’t affect me, as I have noticed no loss of service or problems w/the devices I control w/my Bond (6 ceiling fans).

I will be looking into the Somfy ZIRTSI-II Z-Wave Bridge…thanks for that suggestion. Good to have options, and thanks very much for sharing your info. Best of luck!

I just set one up as well and found there is no way to swap the open and close.

@bdraco - I don’t have Somfy or shades - but I think the “fix” another user did was mentioned to be done on the Somfy side?

As for the reversed open and closed, that is part of the setup procedure for the awning. Go to Somfy and they have excellent videos and step by step procedures on how to set up the operation, the lower, upper limits, the My position, and how to switch the open and close directions. I found the programming complicated, too complicated for me to relate here and really is best handled by the video on somfy regarding setup. Procedure involved mixing the programming button on the back, the open, close and my buttons. If all the limits are correct, the procedure for reversing the open and close directions is an easy subset and is common for all Somfy RTS devices.

I’ll give this a try 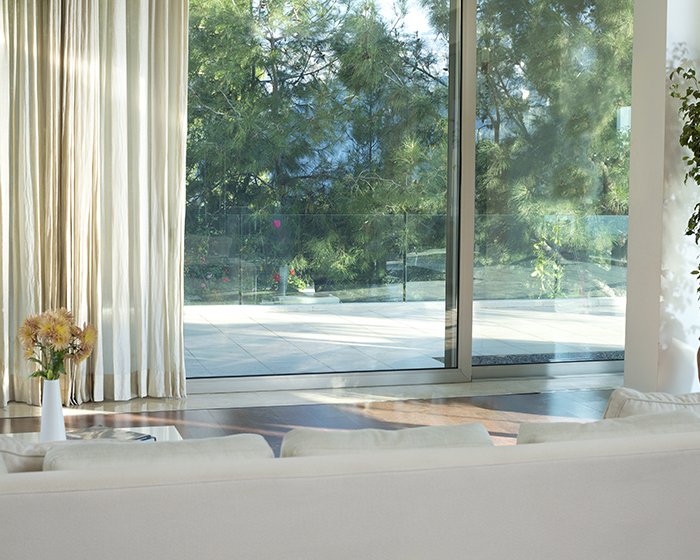 Learn how to change the direction of operation of your motorized drapery in user mode after initial programming is complete.

Sadly it didn’t seem to work with the awnings. I worked around it with a template cover in Home Assistant before its exported to HomeKit: Template Cover - Home Assistant

From a separate thread:

FYI we have planned an “awning” device type which will invert the open/closed at the level of the Bond firmware. Indeed the opposite signals need to be transmitted!