I just purchased the “Windward IV 52 in. Indoor LED Brushed Nickel Ceiling Fan with Light and Remote Works with Google Assistant and Alexa” from Home Depot. The Bond app does not recognize this remote model and specific functions like the light dimmer. Is there a way that the Bond unit can recognize this remote and integrate all of its features? 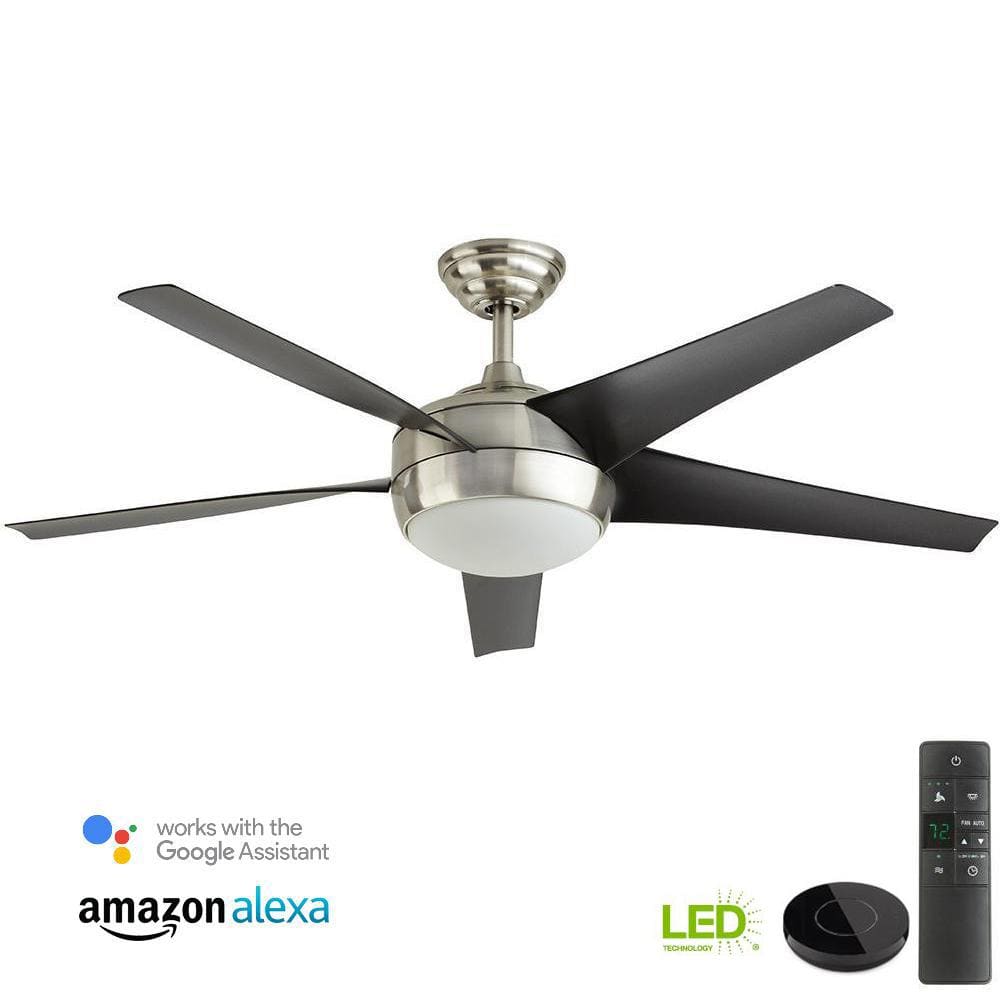 Hello, @theperfectexposure!
Welcome to the forums.

Thanks for providing all the details about the fan and the app, including the link to the fan. It will help us in the community, and any Bond staff that get a chance to drop by the forums, a good starting point to assist.

I noticed the listing mentions the necessary Bond Bridge (little hockey puck shaped) device ships separately - seeming to indicate this model is NOT one of the ‘Smart by Bond’ fans with the Bond technology directly inside the ceiling fan / receiver.

Did you get that Bond Bridge plugged in inside the same room as the newly installed fan? (Not that it has to be in the same room, but while setting up and troubleshooting, it can be helpful).

What are the first two characters in the serial number of that device?

When setting up the new Bond Bridge, and then going to Add Remote Control, and you’re using the original remote that came with the fan to scan for RF signals as you press the buttons, does the Bond Bridge light up green?

Thank you for the prompt response. My initial issue was that the Bond unit did not recognize the remote model and I had to enter the commands separately. After multiple tries with different commands, the Bond unit recognized the controller model and added all the commands automatically. My question remains if the dimming command can be controlled through Google?

Glad you were able to get the RF signals in the sweet spot where it was fully recognized!

As to the dimming, I think you’ll likely have to use the Bond app and/or the original remote to adjust brightness.

Many fans with light kits have a “hold to dim/brighten” method vs a specific percentage - from what I can see of the remote in that link you provided, it looks like that kind, since it similar to some fans with which I am familiar.

My Google Home app and Google (Voice) Assistant control of those are limited to on/off.

I believe the Bond staff have indicated previously that some integrations only support dimmers that have percentage control (this is an Alexa post because I’m not readily finding the Google Home equivalent post); the other challenge is even if the integration supports just sending dimming command without a percentage, it’s not very easy to say, send this dimming signal until I yell / click “stop” and have the “stop” be relayed from integration to Bond quickly enough to get you what you want in the real world.

ously that some integrations only support dimmers that have percentage control (this is an Alexa post because I’m not readily finding the Google Home equivalent post); the other challenge is even if the integration supports just sending dimming command without a percentage, it’s not very easy to say, send this dimming signal until I yell /

Thank you for the reply. Since these controllers are all modular and swappable. Is there a one that has a percentage for the dimmer?

It depends on the exact fan capabilities / motor type / bulb or light type.

There are “universal” kits which even license Bond technology - basically the same Smart by Bond tech I mentioned earlier that some fans come with built in to their proprietary receivers.

You can read here some of the pros and cons of the Bridge (what you have right now) vs Smart by Bond aftermarket kits; for your particular model, you could swap out to the universal kit sold at Home Depot or other retailers and retain 4 speeds on fan but I am not certain you’d get light control over the LEDs - I think those universal kits usually just control how much current goes to the light kit for older style filament dimmable bulbs.

It may be something you want to look more into for future purchases to see if the fan has Smart by Bond built in or if it is marketed as compatible, and/or sold, with Bond Bridge.
Some brands are mentioned here, but I don’t think it is every model that uses the Smart by Bond embedded tech.