Can someone define what an ‘Electric Fireplace’ is? I saw it in my device list, tried to pair it with my (electric remote control) for my gas fireplace with limited success. The bond discovered the remote frequency, and command. However, the remote only uses 1 button to turn the fireplace on and off. Ie. If the fireplace is off, turn it on, if it’s on, turn it off.

Just an update after further fiddling. Even though the fireplace remote only has one button for On/Off operation, it definitely does emit two different commands to the remote receiver. I have been able to successfully establish both On and Off commands from the bond, all be it a little tricky as pressing the actual fireplace remote alternates the RF command on repeated presses. I was also able to integrate the new Bond device with Alexa.

One note about the fire place remote, it has a built in settable thermostat which turns the fireplace off after it reaches the set temp. I don’t believe you could do this with the Bond, (perhaps if you added a temp sensor to the Bond itself you could), but it would be nice if you could shut the fireplace off after a set amount of time. Home automation perhaps (ie. Nest temp, issue IFTTT command)?

A temperature sensor built into the bond might be useful for air conditioning as well.

Glad you got the fireplace remote programmed, Pete. Can you post a pic of front/back of remote, and type out the “FCC ID” number from the back of the remote?

Indeed you can accomplish temperature-based control today using Nest or echobee via IFTTT. 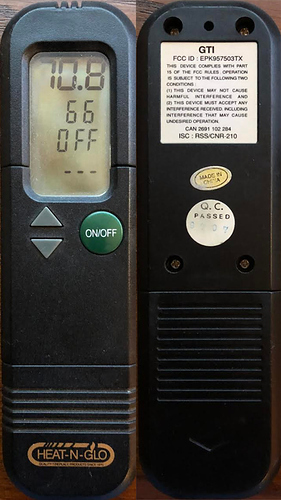 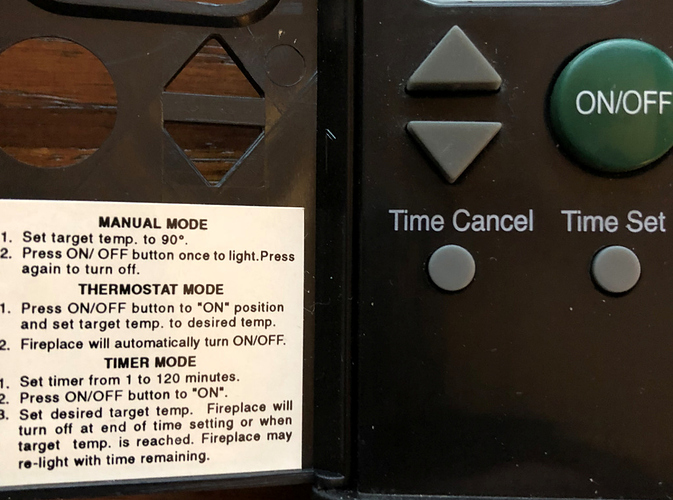