It sorta works but when I hit the light toggle it ends up turning the fan on as well. The crazy bit is it came bundled with the fan directly from home depot. Guess neither home depot or Bond actually tested the integration.

The remote looks similar to other devices on this forum but has a different fcc id. 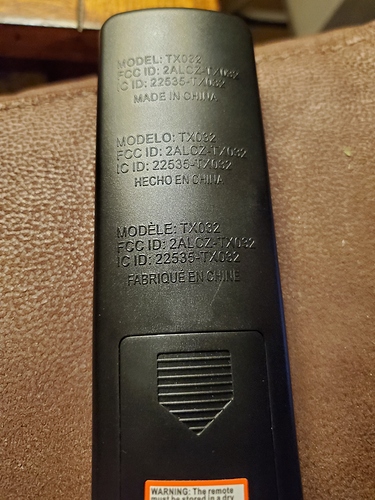 Can you show the front of the remote as well? I’ll pass it on to our remote expert. It looks familiar but the FCC ID is new to me.

If you PM me which Bond ID you’re recording this on, we can investigate a bit further. 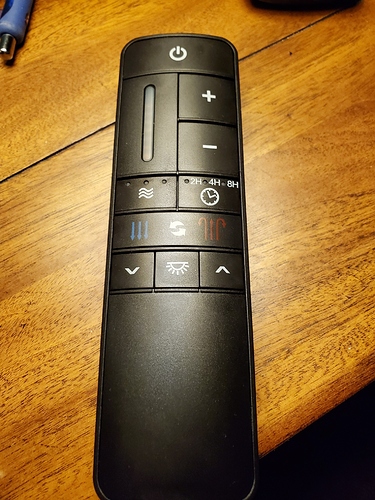 I apparently cannot PM you I don’t see that option anywhere. Looking around the internet for discourse instructions for private messaging those options don’t seem to exist here.

Ah, Discourse had you at a trust level that doesn’t allow PMs. I’ve bumped you up, try again.

The crazy bit is it came bundled with the fan directly from home depot. Guess neither home depot or Bond actually tested the integration.

I was investigating this remote at our office here a few weeks ago. The really crazy thing is, it works just fine on my desk with the transmitter/receiver pair that we initially Q/A’d. [EDIT: It seems that the transmitter we have (which looks identical) has a different FCC ID: CHQ7225T.]

But both you and another customer have reported this frustrating issue (though yours is the first time we’ve seen this TX032 model pop up). May be a subtle change in the behavior of the fan receiver. Hopefully together we can figure it out and save some other users this headache.

It is strange. Turning on the light works but occasionally it ends up turning on the fan as well. I haven’t tested the dimming yet, I guess I could set them up under some other function since the app won’t allow me to setup a custom device with dimming lights.

Was this ever figured out? I bought three of these fans with these remotes and the set up has been a nightmare.

It works somewhat. Sometimes when turning the light on the fan turns on instead or vice versa.