The other thing I’m trying to figure out, because I also have Rollease wall-mounted remotes—is Bond Bridge Pro like the original Bond Bridge where if a non-Bond channel adjusts the blinds, the Bond Bridge Pro will get out of phase and not behave correctly?

Or is there bidirectional communication happening to check the blind status?

Thank you for all the info, we really appreciate the feedback!

About the issue with the “No Response”, the workaround right now is to, as @JazJonFL said, buy another Bond Bridge Pro and split the devices, or you can combine the shades so you can control them together and reduce the number of devices.

About the Bond being out of phase with the Rollease, this is planned to be implemented soon, but I don’t have any timeframe or estimate right now.

About the issue with the “No Response”, the workaround right now is to, as @JazJonFL said, buy another Bond Bridge Pro and split the devices, or you can combine the shades so you can control them together and reduce the number of devices.

Do you have any leads on what might be causing this? It’s hard to imagine this is a HomeKit limitation given pro Lutron bridges being able to support hundreds of devices directly and HomeBridge (including the homebridge-bond and homebridge-blinds plugins when used to control Bond bridges) being able to support hundreds without exhibiting the same behavior?

We bet it is some limitations of the SDK we’re using, or in the way we’re using it.
We have plans to improve it later too, just didn’t have the time yet.

I click + Add Accessory, More Options, and it’s not listed there. I tried entering it by code as well, didn’t help.

The reason I deleted the Bond beta Bridge was because of the following.

I was messing around with the HomeBridge BOND plugin to add celling fans to homekit. I’ve had it installed for months but could only get 1 or 2 fans to show up out of 9.

BOND HomeBridge Errors, Can someone kindly help interpret these logs for me? · Discussion #205 · aarons22/homebridge-bond (github.com)
(scroll back up a bit to see the many months long history)

As you can see I gave up on HomeBridge with the Bond plugin today, and installed HomeAssistant with Bond plugin. That did the trick, all my ceiling fans were added and respond perfectly in homekit. 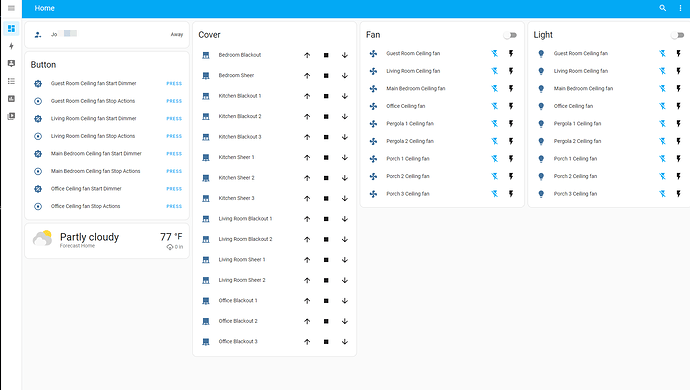 What do I do or reset next to get it to show up again? Any ideas?

I believe that you already reset the HomeKit info in the Bond app, right?
If not, you can do it on the Bridge Settings screen. And it may be worth mentioning that you need to be in the same network that the Bond is connected to.

One possible cause is the “devices limit”… How many devices do you have on the Bond?

already reset the HomeKit info in the Bond app, right?

Can you help confirm what that involves exactly? Does that just mean toggling the switch under Settings, Manage Intergrations, HomeKit? Is there a way to reset/delete something else further?

I have the same device count I did when I first started Bond Pro and the Beta and I was able to discover everything fine originally.
15 Shades
9 Ceiling fans

The only bug for HomeAssitant Bond plugin with shades currently is some shades don’t open when they are closed. It’s a known issue and the work around is it set my scenes to open shades to 99%. There is some value you can hack too. See the following post:
Bond integration not allowing me to set cover position to 100 · Issue #84661 · home-assistant/core (github.com)

Maybe you can analyze a HomeAssistant Bond setup environment and see how they are able to get all devices working well without the Not Responding message with a high device count.

In both Settings and Manage Integrations screens, you can swipe the cell to the left and a “Reset” will show.
Tap it and confirm to reset the HomeKit info. You should be able to add it back again to Home app.

Great to read about the HomeAssistant!!
Will look into that next week.

Hi, When will the HomeKit feature be in an official release ?
When will I be able to add a ceiling fan using HomeKit ?
Regards
Pete

The bond beta app expired and no longer works. I don’t see an updated version in TestFlight. 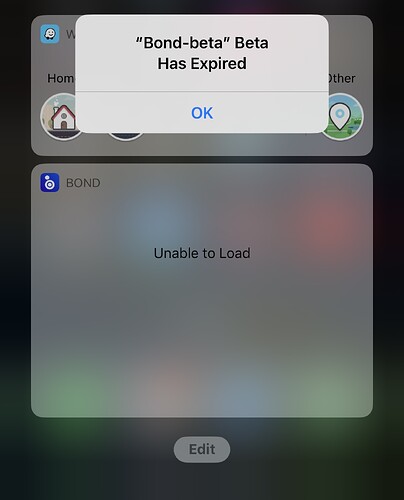 Just requested Apple’s review for a new public beta build. Should be available in TestFlight in some hours (or day - Apple sometimes surprises us).

@sarsonuk
There is no timeframe for it to be official yet.
We may work on some improvements in the following months, but not sure that we’ll make it stable enough to “get it out of beta” and support ceiling fans too.
In the meantime, @JazJonFL was able to integrate ceiling fans into the Home app’s routines using the Siri Shortcuts. Not sure if that can help you.