When I click Dim Down it dims my fan all the way down. When I press dim up it goes to maximum brightness. For a short period after this I can’t use any other commands. It doesn’t seem to be possible to use a middle brightness. If I try to hold down the button it just goes to whatever extreme then takes even longer to allow the next command.

All functions work in the remote testing part of set up but the commands actually change after I select the remote.

I wonder if there is some weird repetition count going on for this device?

Is the original remote one that you have to hold to brighten or dim, or you can click the button and release and it goes up or down one step of brightness?

I remember for dimming on a device that requires holding can be kind of imperfect.
From the API documentation, it reminded me about the fallback timeout of 30 seconds:

Holding the button makes it dim/brighten quicker but I can also click it rapidly to achieve a similar effect. Model UC7225T. Its just bizarre because it works perfectly when selecting the remote but then changes after.

While I’ve got you here I have some other questions.

It seems that its very clunky to switch from the phone app to the physical remote. If I turn the fan and light on with the app, then turn off the light with my physical remote it also changes the fan speed. Changing the fan speeds between the two devices doesn’t seem the affect the light though. Is this fan speed changing avoidable anyway?

I’m not Bond staff, so I don’t have any unique information to say, “aha! This is the issue.”

But I can try to help with some ideas to test.

First of all, in case Bond staff come through here, what does the Bond app Settings for this device say is the Template used?
Secondly, can you try to add a new device to the Bond Bridge (don’t delete your existing one).
This time, go into Advanced, and turn off automatic database searching / matching; you can even try setting the type to RF with a frequency of 433.92 (if my FCC searching led to the correct device).
Then you’ll be manually recording each button from the original remote, or at least the light-related buttons, to test if it works in the test stage of setup, and after saving.

The issue you describe about fan speed being set when you mix and match OEM remote button presses and Bond controls about the light seems almost like you’ve got a “stateful” remote and receiver - that is, each OEM remote button press could be sending a whole fan-and-light-settings-are-at-XYZ-levels-and-power-states signal. Those are … hard to keep happy with a mixture of OEM remote + Bond, from what I gather, even though I’ve never had one of those myself.

Lastly, don’t forget about official Bond support channels through their website; staff come through here from time to time, and we’ve got a decent little community of enthusiast helpers but the turnaround time to a solution is sometimes longer than it might be if instead you were working with an official support rep.

Unfortunately dimmer controls aren’t available for manually setting up a remote so I think I’m just back where I started.

For the OEM remote, I figured that was what was happening but I didn’t have the terminology.

I’ll see what I can chase up through the official support.

But you did say you could click the button repeatedly on the OEM remote…
That could be recorded for brighten and dim, I was thinking? Then you could change the reps in the API if touching the button was too slow in the Bond app so it sent, say, 5 “clicks”.

I’ve sent an official support request in. I’ll post some more of the info I sent in here I guess.

Remote I’m given during set up

Database remote I’m given during set up 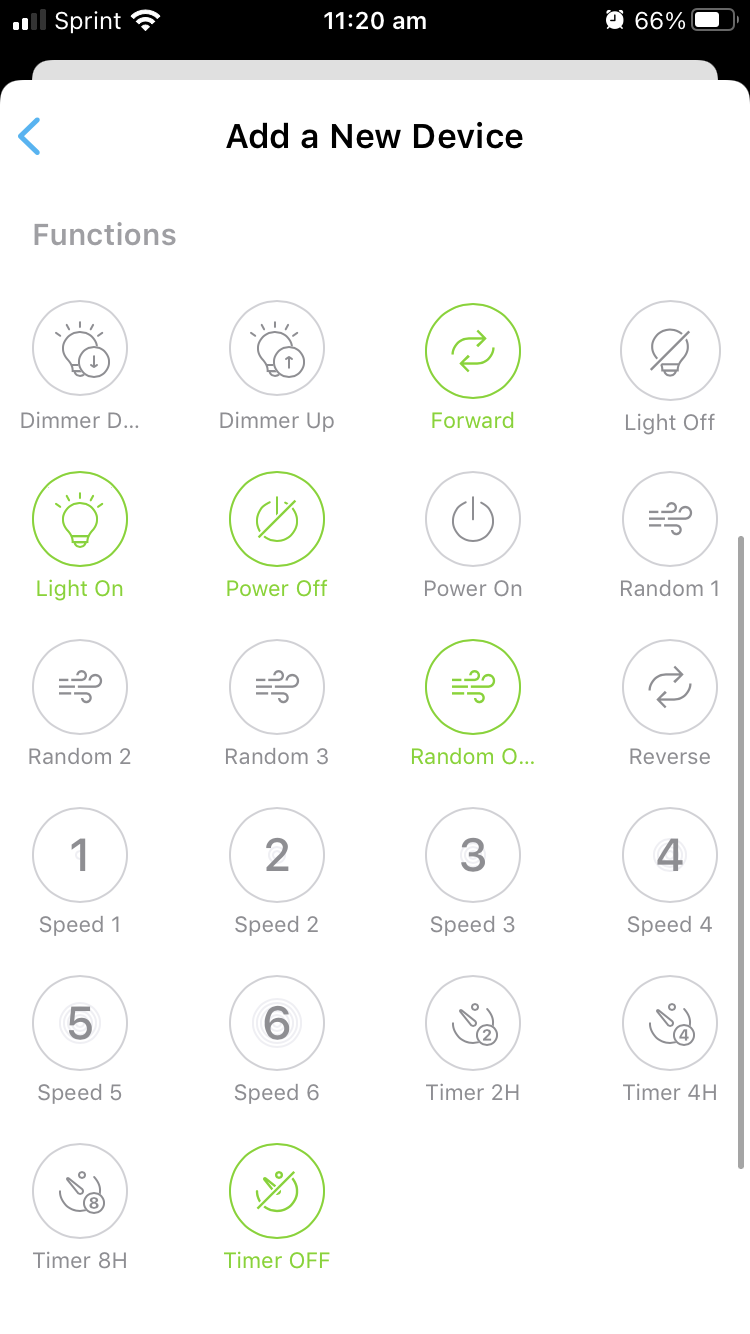 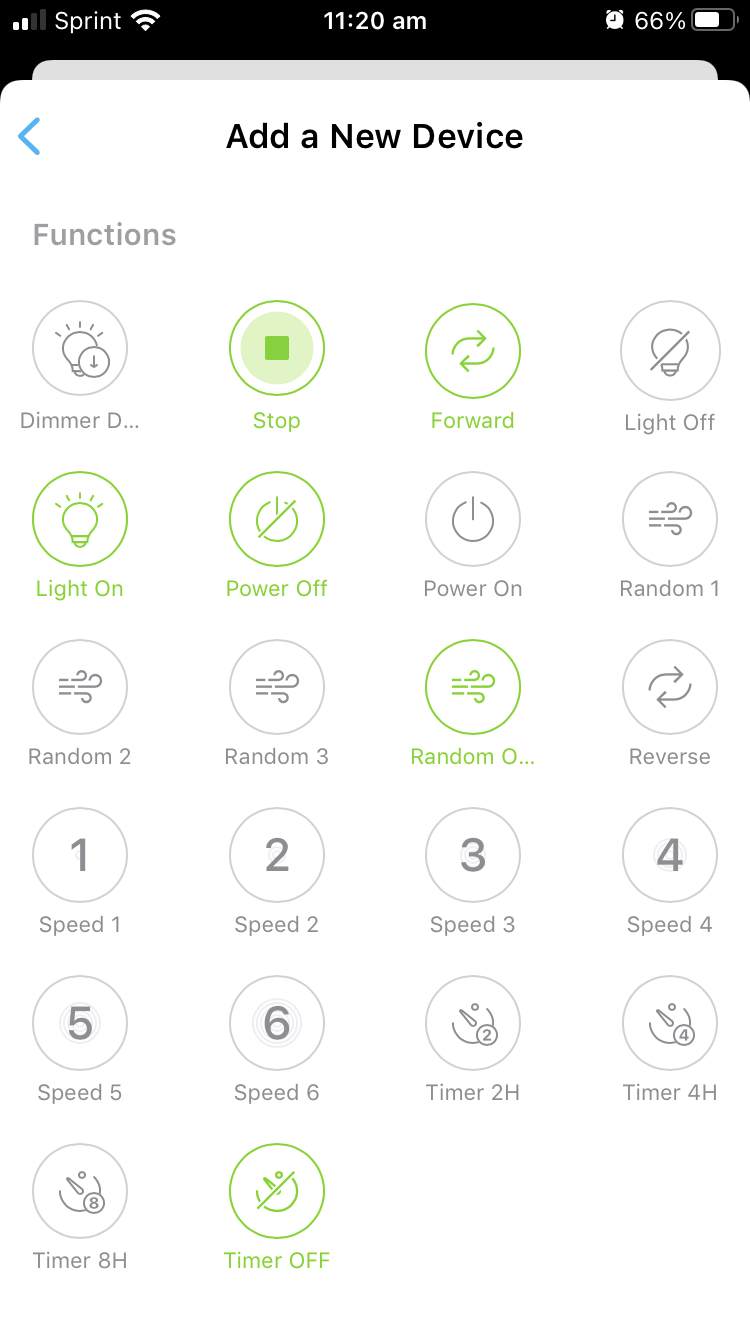 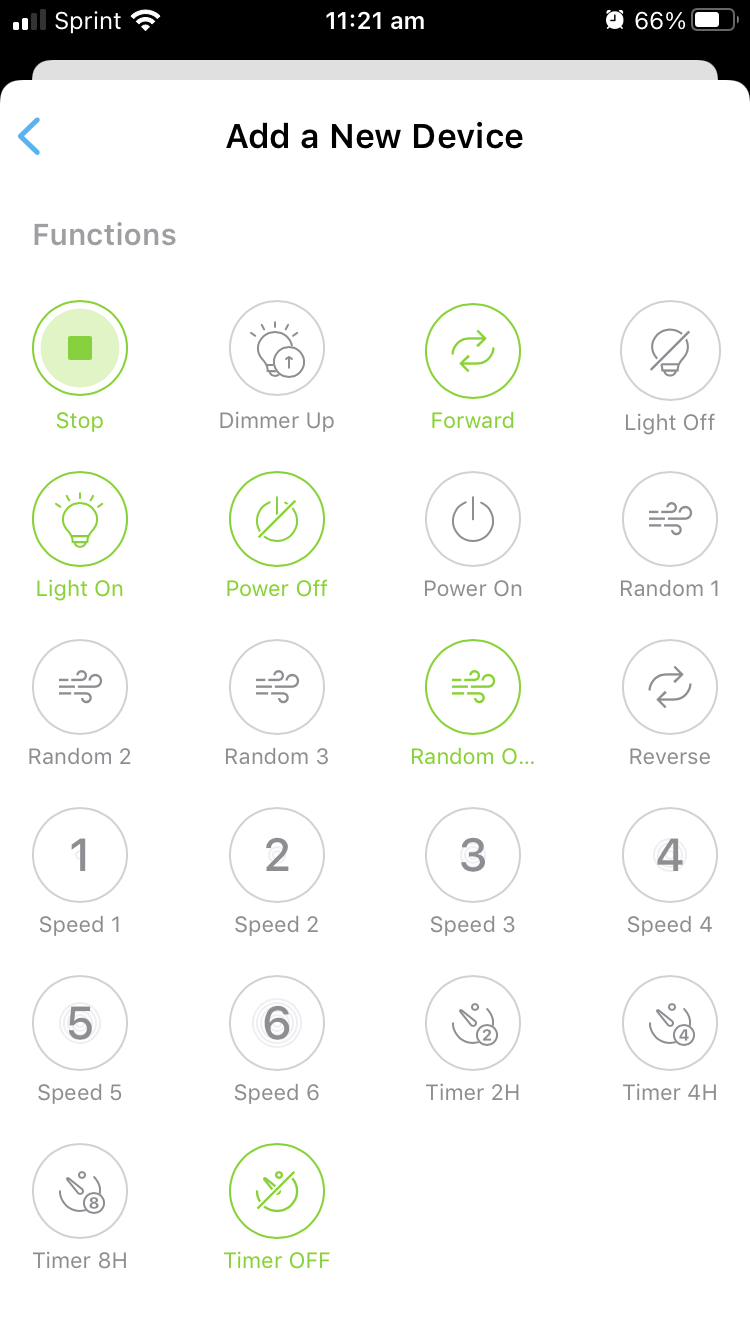 Remote changes after set up, and green bubbles do not appear anymore. 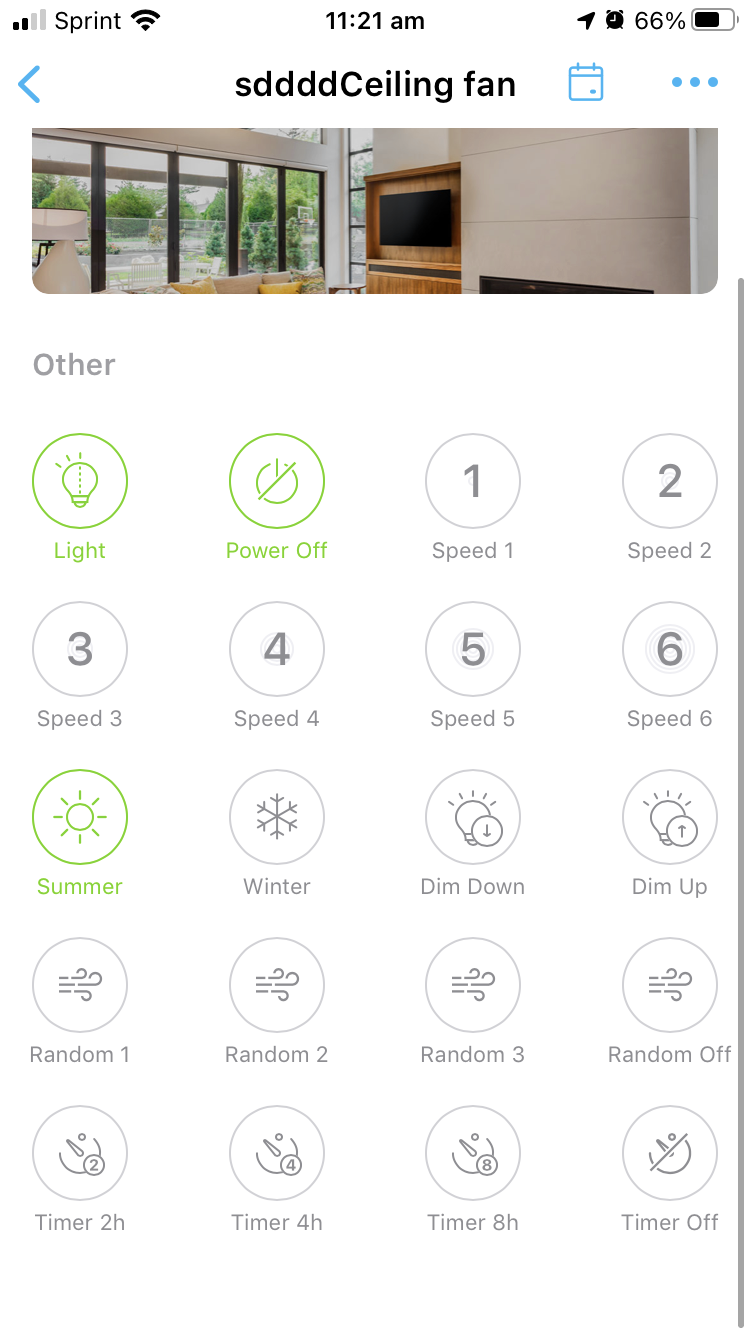 I also timed it, and hitting either of the dim buttons after set up causes the blue light on the Bond to flash for a full 30 seconds.

Driving me crazy how it works perfectly during set up then goes all weird afterwards. Hopefully support can help me.

I’ve definitely recorded brighten and dim discrete commands manually. Official and easy support of these dimming-related commands would be nice, but…

Granted, I usually record them as a fireplace Flame Up and Flame Down, but then rename in API.
I think the other one I’ve used is a ceiling fan’s Toggle Up Light / Toggle Down Light (for brighten / dim, respectively) and do not enable state tracking.
Might have to keep multiple “devices” in Bond, and might be interesting to see about voice assistant integrations.

I also timed it, and hitting either of the dim buttons after set up causes the blue light on the Bond to flash for a full 30 seconds.

That is NOT the case during setup / testing, I assume? Hmm.

Hmm I had a look in the fireplace options and didn’t see much to help me.

Yes during set up/ testing the green bubbles pulsate and when I reach the desired brightness I tap again to immediately stop.

So I’ve been talking to support and after a little back and forth they’d sent the problem to another department. Then while I was waiting overnight, I opened the remote the next day and they layout had changed, and the buttons now worked perfectly. Very bizarre.

Unfortunately when I add a new device to Bond I still end up with the previous layout. Sent an update to Bond to let them know too though.

It’s possible @jacob or someone on the Bond staff manually manipulated your existing device’s remote in your Bridge? Though usually they communicate directly with you when doing that, I think.